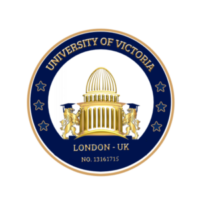 Publications, Awards and Other Activities

Shaping of education future in the fourth industrial revolution: Lecture in a Medical Conference on line: February 2021.

MTI (Medical Training Initiative) for training of Iraqi Doctors in UK. On line lecture. May 2021

Author of a book titled: The Genius of Surgery in Iraq. Dar Aqlam for Publication, London.
Email: editor@aqlam.co.uk

A member of the “Learning Journey-Iraq”. The main aim of the organisation is to help teachers and students in Iraq to achieve their goals in their learning journey. Website:
www.ljiraq.com

A member of the supervising body for a Global Health Research in Medicine and Rehabilitation for the low and middle-income countries. A project was submitted to NIHR (National Institute for Health Research). Currently a research proposal was submitted for funding to help Iraqi Doctors and allied Health Professionals to manage cancer patients.

Stroke and TIA: causes and management with a focus on Rehabilitation: book, in press (In Arabic Language). 2021

What is the outcome of thrombolysing stroke patients in Gwent/Wales?. Future Health Journal, June 2019. The link: https://www.rcpjournals.org/content/futurehosp/6/Suppl_2/6

Accredited Appraiser for Postgraduate Doctors in the NHS. Councillor of the Royal College of Physicians/London 2013-18.

Health Board. I supervise the 5th Year medical students for their Senior Clinical Projects or SCP.

Member of the Royal College of Physicians SAS Doctors steering Group. I am holding the portfolio for education and training 2011-2018.

Cardiovascular diseases and stroke: prevention is better than cure: Lecture for WEDHS (Wales Equality and Diversity for Health and Social Care): January 2010

What is the association between hyperlipidaemia and cerebrovascular disease or stoke in Gwent/Wales?
J. Neurology (Supplement 2) 2009, 256: S177

patients. This software was designed to make the referral process of the TIA patients from the General Practitioners to the Hospital clinics much faster and more accurate. The award from the chief medical officer in Welsh Assembly Government was a boost to make the electronic referral process the norm in Wales for the future.

Member of the PERFORM International Drug Trial Team in Newport for 2007- 2010.

The work for Gwent Medical Society involves working with a team of doctors within the society to encourage the advancement of medical knowledge.

The Hidden heroes of the NHS, Time to recognise Staff Grade and Associate Specialist Doctors, January 2006

Warfarin Use in a rehabilitation community Hospital: September 2011

Carotid artery disease in TIA patients in Newport,: Audit of the carotid duplex requests 2009 (This was part of a joint audit for the senior clinical project for medical students)

I am a regular participant in the Royal Society of Medicine Educational Programme, London.

I am a member of the stroke Video conference team in Wales.
This team was established in February 2010 to discuss on a video link the clinical cases of stroke and stroke mimics in Wales. The video meetings are on weekly basis and the log in details is with the postgraduate team in the hospital. This activity is accredited for CPD

Translational research seminar and workshop from older people and ageing research and development network in Wales: May 2011

I am a member of the British Geriatric Society UK. Member of the BGS web site editorial board with responsibility of the Welsh and SAS doctor web pages.

I presented a poster to the meeting. The title of the poster is: what is the association between hyperlipdaemia and cerebrovascular disease or stoke in Gwent/Wales?. The meeting has discussed hundreds of papers in the field of Neurological sciences.

A Seminar organised by MIAD to Gwent Healthcare NHS Trust staff.
The aim of this seminar is to enable the participant to understand the necessary skills and techniques to improve learning. In addition to provide challenge, interest, engagement and stimulation in the participant’s own training.

The 40th Annual Meeting of the European Association for the study of Diabetes, Germany, September 2004.

Medical Management of Stroke. Royal College of Physician of Edinburgh 26-27/5/1998

Management of Parkinson’s disease. Royal College of Physician of London.
12/6/1998.

I was involved in this teaching activity since 15 years. I participate in the teaching academic sessions of the postgraduate department of the health Board and I was the Honorary secretary of Gwent Medical Society which has an educational role for the Doctors. I have been elected in 2009 to be a member of the Royal College of Physicians SAS Doctors steering group. I have been given the portfolio of education and training within the steering group.

I am an Educational Supervisor and Clinical Supervisor of the Foundation Doctors and Doctors in training in Wales.